I forget peoples names now. im 29.. I remember their energies. I don't even know song titles or artists either. Just like this, the future kids, will see your farce. and the land of grass...~Benjamin Couwenberg

THE PETITION PAGE - we here at consciousazine believe that actions compliment conceptus. SO this page will be filled with petitions you can all sign to help our humanity be rid of the unbeneficial/psychopathical aspects, such as using fossil fuels instead of renewables or killing/hurting animals needlessly ETC ETC ETC.
CLICK ON THE TITLES AND YOU WILL BE TAKEN DIRECTLY TO THE PETITIONS!
It is very simple and only takes about 30 seconds to sign each one. Thank you!

Several US Senators are working to outlaw websites that cover alternative medicines. This information needs to
reach as many people as it can, and your local peoples in power need to know
that we care about this issue. Cheers, all, from our green Earth. http://www.naturalnews.com/030542_censorship_internet.html
US Government seizure of the internet has begun; DHS takes over 76Websites 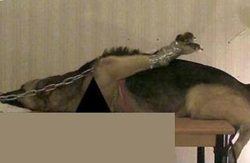 Zoophilia: Tied and raped.
As incredible as it may seem the tolerated animal "brothels" Denmark which are legal in the eyes of the authorities!
In other countries like the France zoophilia essentially exists thanks to the market of pornography (video, internet...).
Here is the petition set up by a coalition of animal welfare groups who asked the European Parliament to adopt laws to protect animals against zoophilia.
ZOOPHILIA: The European Petition
http://www.petitiononline.com/Beast999/petition.html (Translated by Bing)

Keep the Internet free and un-restricted no frequency control fuckofff! 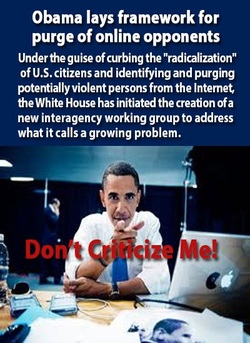 Under the guise of curbing the "radicalization" of U.S. citizens and identifying and purging potentially violent persons from the Internet, the White House has initiated the creation of a new interagency working group to address what it calls a growing problem.

The interagency group will be headed by Quintan Wiktorowicz, the current White House senior director for community partnerships on the national security staff. The new group will be called The Interagency Working Group to Counter Online Radicalization and will be charged with the implementation of an Internet safety program to address online violent extremism.

“Violent extremist groups ─ like Al Qaeda and its affiliates and adherents, violent supremacist groups, and violent “sovereign citizens” ─ are leveraging online tools and resources to propagate messages of violence and division. These groups use the Internet to disseminate propaganda, identify and groom potential recruits, and supplement their real-world recruitment efforts. Some members and supporters of these groups visit mainstream fora to see whether individuals might be recruited or encouraged to commit acts of violence, look for opportunities to draw targets into private exchanges, and exploit popular media like music videos and online video games. Although the Internet offers countless opportunities for Americans to connect, it has also provided violent extremists with access to new audiences and instruments for radicalization.”

If Wiktorowics were referring exclusively to terrorist groups such as al Qaeda, then no red flags would be raised whatsoever concerning the new program. But he never specified nor defined terms such as "violent supremacist groups" or "violent sovereign citizens."

The Obama Administration has already caused the alarm bells to ring on several occasions as the Department of Homeland Security (DHS) released several internal memos referring to conservative Christians who believe the Bible, pro-life citizens who are against abortion, Tea Party activists, and political conservatives who believe in a strict adherence to the U.S. Constitution as "potential homegrown terrorists."

And in the current gun rights debate, sovereign citizens have gone on the record to oppose the Obama administration's all-out assault on the Second Amendment, vowing to disobey any law that would violate their unfettered rights to keep and bear firearms.

It would be difficult to imagine this administration, with its radical leftwing mindset and agenda, viewing such widespread displays of defiance as anything other than a direct threat to its power, and thus, a perfect motivation for declaring such citizens to be potentially "violent sovereign citizens."

Citizen militias that are formed to counter the administration's push to negate Second Amendment protections of unfettered gun rights would also potentially come under the umbrella of "violent extremist groups," given that these citizens have openly stated that while they would never start a civil war by opening fire on federal agents, they would, in fact, return fire if fired upon first by government forces or law enforcement.

Although the United States itself was born directly from armed and "violent" resistance to government tyranny as represented by the British empire at the time, in today's climate such ideas are viewed by elitist educators, historians, and politicians as dangerous extremism.

Thomas Jefferson, the nation's third president, would more than likely be deemed a homegrown terrorist in modern America with his well-publicized view that the federal government needs to be purged every generation or so with an armed insurrection aimed at ridding the government of anyone who undermines individual liberty and the rights enumerated in the Bill of Rights and the Constitution.

Modern patriots who adhere to the philosophy of Jefferson represent a clear, direct threat to many within government who view the Constitution and the Bill of Rights as irritating roadblocks to their plans for complete government power over every sector of life.

America, thus, enters into a very dangerous phase of our history as increasingly it is becoming clear that our own government has set its sights against its own citizens.

http://action.sumofus.org/a/nestle-water-pakistan/?sub=fb
Nestlé is draining developing countries’ groundwater, this petition is against this. 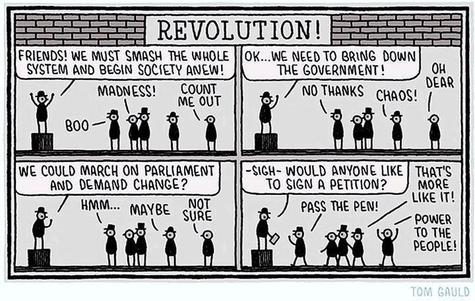 Here are two revolutionary ideas: Participatory, direct democracy and democratic workplaces that are owned and managed by the workers themselves. 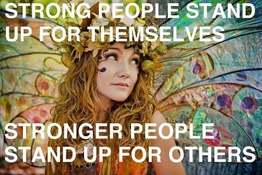