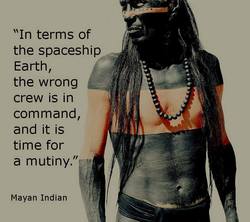 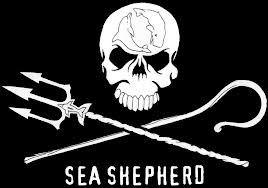 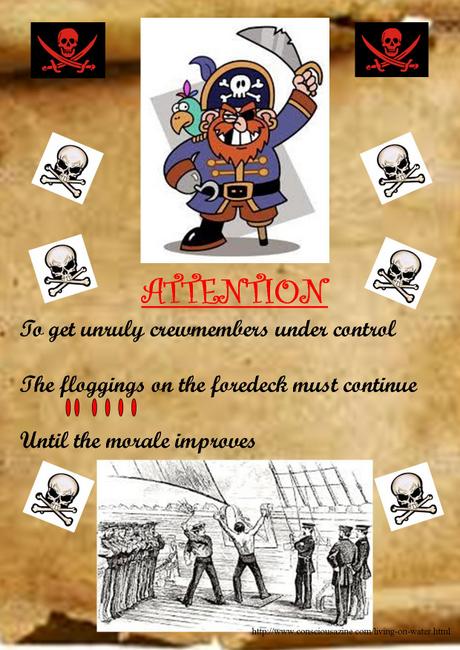 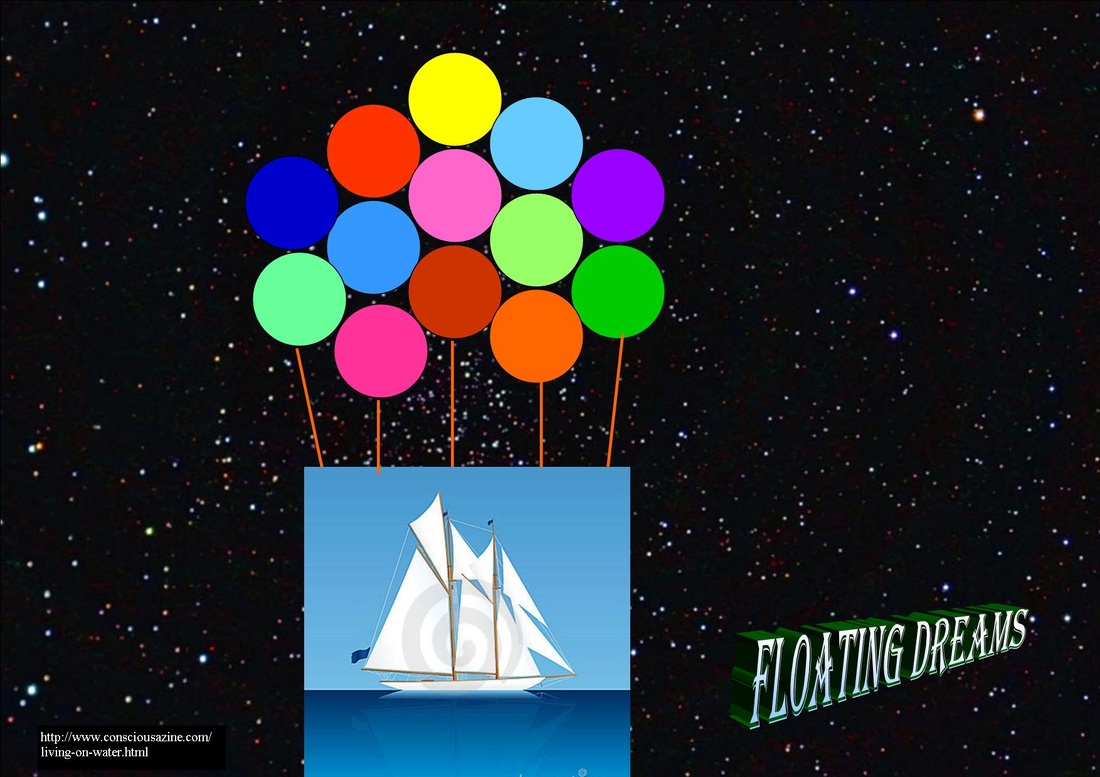 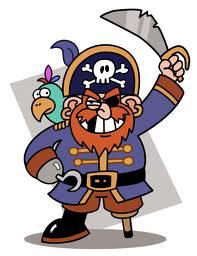 Research group successfully takes over an $80 million yacht at sea

Spoofing is the name given to taking over a boat or plane by gaining control of the vessel’s GPS and making it think that it’s somewhere it is not. Recently, a research team from a Texas university successfully spoofed a 213ft super yacht using a custom-made GPS device.
The team was able to successfully spoof the $80 million private yacht using the world’s first openly acknowledged GPS spoofing device.

The purpose of the experiment was to measure the difficulty of carrying out a spoofing attack at sea and to determine how easily sensors in the ship’s command room could identify the threat.

"With 90 per cent of the world’s freight moving across the seas and a great deal of the world’s human transportation going across the skies, we have to gain a better understanding of the broader implications of GPS spoofing," Humphreys said. "I didn’t know, until we performed this experiment, just how possible it is to spoof a marine vessel and how difficult it is to detect this attack."

In June, the team was invited aboard the yacht, called the White Rose of Drachs, while it travelled from Monaco to Rhodes. The experiment took place about 30 miles off the coast of Italy as the yacht sailed in international waters.

From the White Rose’s upper deck, graduate students Jahshan Bhatti and Ken Pesyna broadcasted a faint ensemble of civil GPS signals from their spoofing device -- a blue box about the size of a briefcase -- toward the ship’s two GPS antennas. The team’s counterfeit signals slowly overpowered the authentic GPS signals until they ultimately obtained control of the ship’s navigation system.

Unlike GPS signal blocking or jamming, spoofing triggers no alarms on the ship’s navigation equipment. To the ship’s GPS devices, the team’s false signals were indistinguishable from authentic signals, allowing the spoofing attack to happen covertly.
"The surprising ease with which the team were able to control a (multi-million) dollar yacht is evidence that we must invest much more in securing our transportation systems against potential spoofing.

It’s important for the public and policymakers to understand that spoofing poses a threat that has far-reaching implications for transportation.

"This experiment is applicable to other semi-autonomous vehicles, such as aircraft, which are now operated, in part, by autopilot systems. "We’ve got to put on our thinking caps and see what we can do to solve this threat quickly." 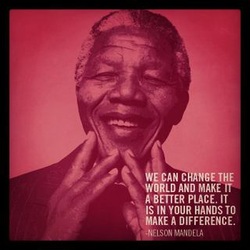 The beautiful thing about Consciousazine is that it not controlled
by big business or government
The only people that can influence us is you
So bring us your suggestions, ideas, or inventions
All those must lead to improving peoples lives without
harming the environment
It is our creative capacity for innovation that distinguishes humans from the rest of the animal world. But most of us are not entrepreneurs, pioneers or radical innovators. Only a very small percentage (about 1%) of people actually are.
Are you in the 1%?
Then we need you here @CONSCIOUSAZINE 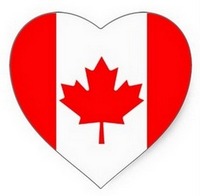 
Some new info on CANADA on the NOTES PAGE 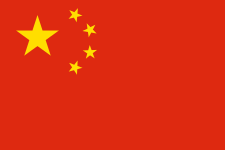 some new info on CHINA on the NOTES PAGE 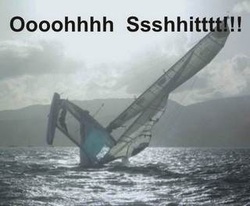 Ditching sodas and other sweetened drinks and replacing them with pure water,is one of the most powerful actions you can take to improve your health and lower your risk of disease and long-term chronic health conditions
Your blood, your kidneys, and your liver all require a source of good clean water to detoxify your body from the toxic exposures you come into contact with every day. Clearly, the most efficient way help your body both avoid and eliminate toxins is to provide your body with the cleanest, purest water you can find. This is easily done by installing one or more types of water filtration systems in your BOAT.

If you've switched from soda to vitamin water because you believed it to be a healthier choice, you may be disappointed
Vitamin waters are nothing more than a clever marketing scheme designed to promote a product that is just as unhealthy as soda!

use distilled water for a short period of time and only for the purpose of detoxification, as this water can help pull toxins from your body. Drinking it long-term, however, will most likely invite health problems.

Alkaline Water
Detoxification is about the only benefit of alkaline water, and this benefit is limited to very SHORT TERM USE
Long-term use of alkaline or ionized water can interfere with your body's natural digestive process by reducing the acid needed to properly break down and absorb food.

Reverse Osmosis Filter
In addition to removing chlorine, inorganic, and organic contaminants in your water, an RO filter will also remove about 80 percent of the fluoride and most DPBs.

Ion Exchange Filter
Ion exchange is designed to remove dissolved salts in the water, such as calcium. This system actually softens the water or exchanges natural-forming mineral ions in the water with its own ions, thereby neutralizing their harmful effect of creating scale build-up.

Granular Carbon and Carbon Block Filters
These are the most common types of counter top and under counter water filters.

Granular activated carbon is as the best available technology for the removal of organic chemicals like herbicides, pesticides and industrial chemicals. However, one of the downfalls of granular carbon filters is that the loose material inside can channel--the water creates pathways through the carbon material, escaping filtering.

Carbon block filters offer the same superior filtering ability but are compressed with the carbon medium in a solid form. This eliminates channeling and gives the ability to precisely combine multiple media in a sub-micron filter cartridge. By combining different media, the ability to selectively remove a wide range of contaminants can be achieved.

Living Water
Mountain spring water is some of the healthiest water on the planet because it is "living water". Living water, like "living food is in its raw, natural state the way nature intended.

Coconut Water
coconuts are an excellent source of fresh, pure water and electrolytes. Coconuts are also rich in lauric acid, which is known for its immune-boosting as well as its antiviral, antibacterial and antifungal properties so it's an ideal choice when you're sick. 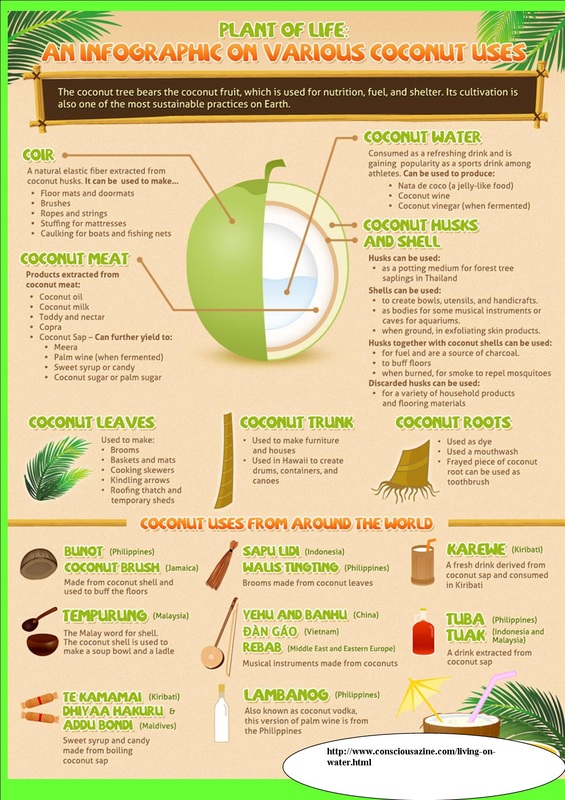 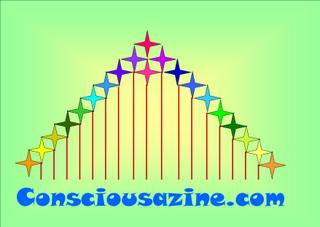 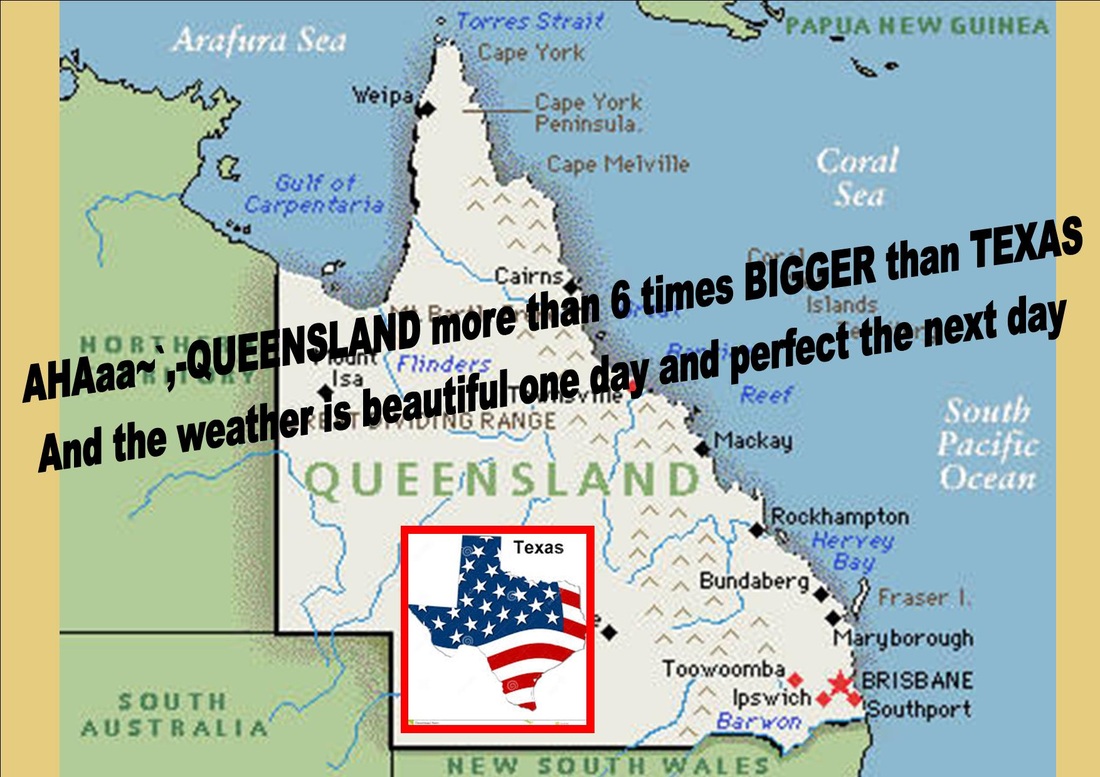 On Board exercising
No exercise equipment necessary
You can do them anywhere, anytime,

Many exercise systems often sound great at first glance, but in reality simply will not make a good fit for your life. Thankfully, there is something else you can try called bodyweight exercise, which is so flexible that it answers every possible concern you might have, including time constraints, prohibitive cost, and location concerns.

Aloe vera: It contains over 130 active compounds and 34 amino acids that are beneficial to your skin.

Calendula: An herb with soothing, moisturizing and rejuvenating properties.

Chamomile: The most soothing herb of all, whether used in a tea or applied to the skin. It is rich in the bioflavonoids apigenin, luteolin and quercetin.

Cinnamon: In addition to possibly repelling mosquitoes, cinnamon has antibacterial and antifungal properties.

Cucumbers are helpful for reducing swelling.

Raw organic honey: An especially powerful variety is Manuka honey from New Zealand, made from bees that feed on flowers of the Manuka bush, also known as the "Tea Tree."

Lavender: One of the most popular essential oils for its calming scent, lavender is as antimicrobial as it is soothing.

Neem oil: Effective against fungal conditions, boils, eczema, and ringworm, and it would undoubtedly help an insect bite as well.

Tea Tree oil: Helpful for healing cuts, burns, infections and a multitude of other skin afflictions. It is also a good antimicrobial, including fungal infections.

Basil contains camphor and thymol, two compounds that can relieve itching. Either crush up some fresh herb and apply directly to the bite, or buy the essential oil.

Lemon and lime both have anti-itch, antibacterial and antimicrobial actions. Avoid applying citrus juices to your skin when outdoors however, as blistering can occur when exposed to sunlight.

Peppermint—the cooling sensation can block other sensations, such as itching, providing temporary relief. Either the essential oil or crushed fresh leaves will do.

Swiping a cooled tea bag over your bites can also help, as the tannins in the tea acts as an astringent, reducing swelling. For bites all over your body, try soaking in warm water with two to three cups of apple cider vinegar added to it. The acidity of the vinegar can help stop the maddening itch. Alternatively, dissolve some baking soda and soak for about 30 minutes. You can also mix some baking soda with a small amount of water or witch hazel to create a paste, and apply directly to the bite. The witch hazel works synergistically with the baking soda, making for a more potent mix to reduce swelling. 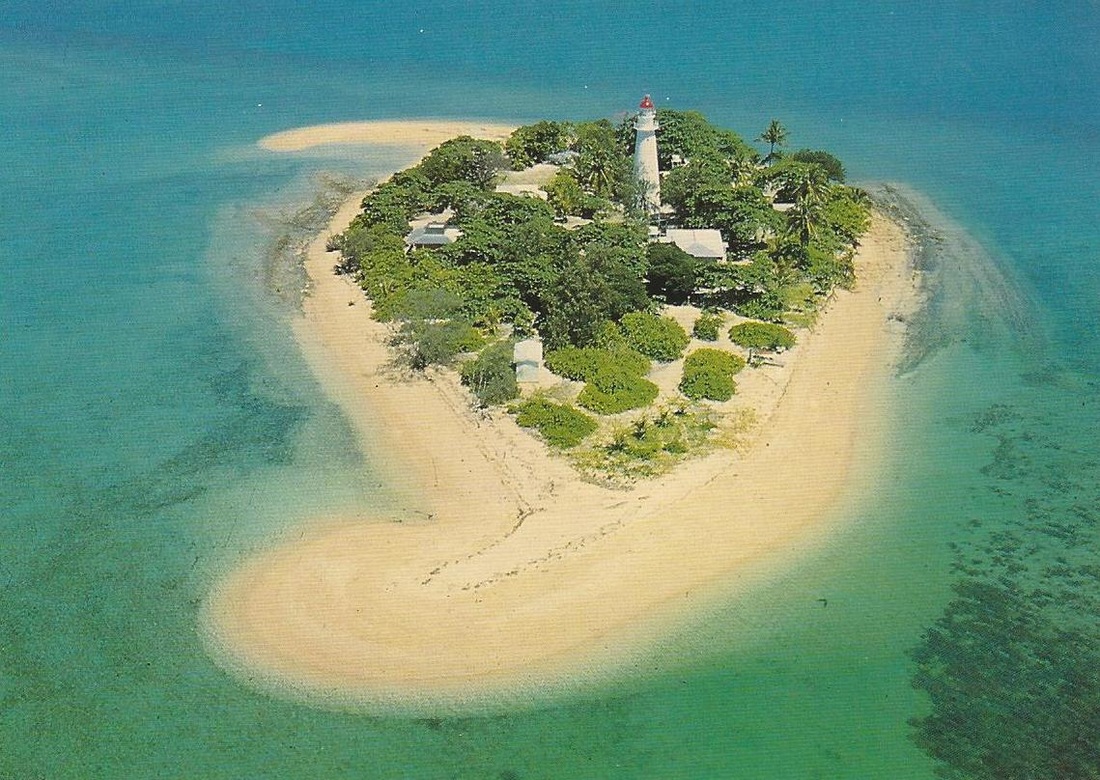 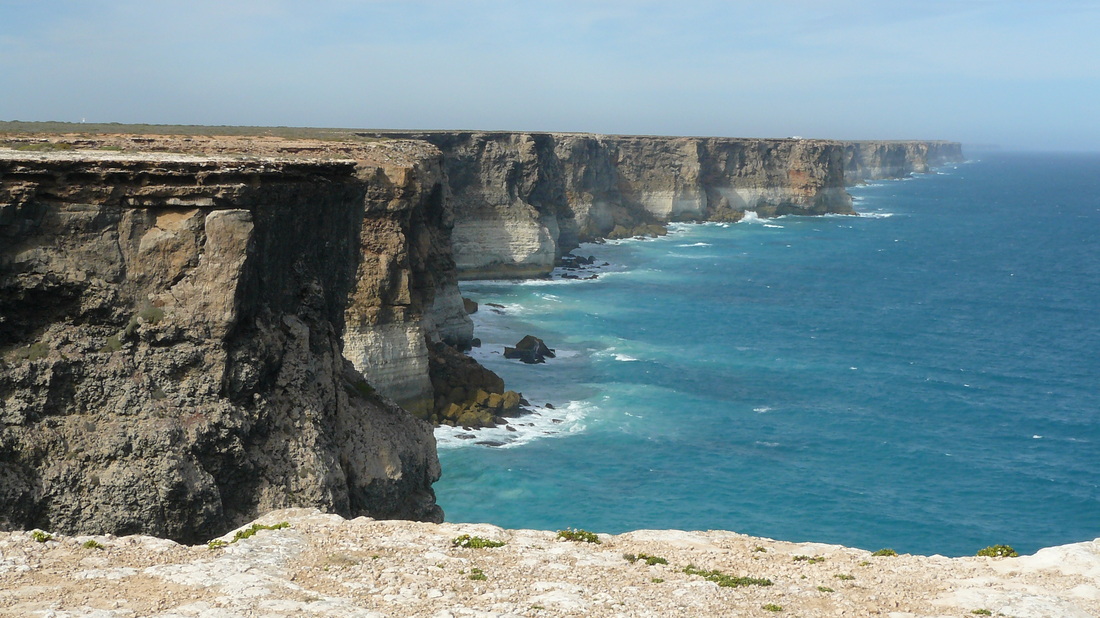 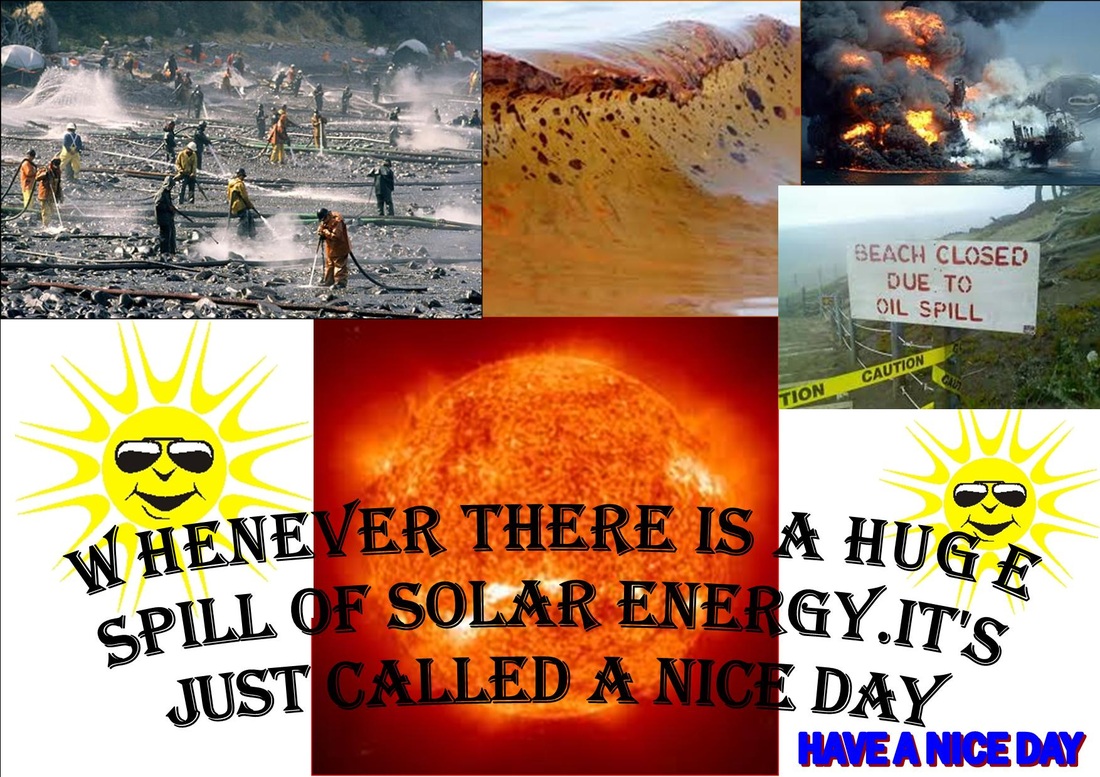