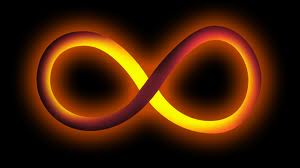 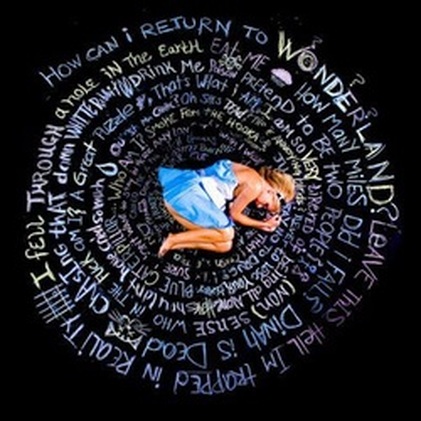 THE DIMENSIONAL CONSTRUCT OF SEGREGATION IN ONENESS: ~benjamin couwenberg is ED:
*You create down through the dimensions
*"One way flow valves had to be instituted"~rysa5 gold ring game of enlightenment and abundance. ~Global Shift in Dimensions 2008-2012 Mass Awakening GoldRing ~https://www.youtube.com/watch?v=-ov4bjOvnzM%7E"in the concentric development of dimensional consciousness humanity has moved through into the 3rd dimension following a course of involution to reach the seed and primal root of individual sovereignty. The 3rd dimension is analogous to the solar plexus where power is centered in negative space for the manifestation of positive creation. To manifest creation on the physical plane the spiritual mental emotional and astral planes had to be segregated in order to instal a program for intensity and focus within the extension of the 3rd dimensional experience(ED_see i always call it the pinnacle of existance the 3rd D). The relationship required a regulator or valve which would filter out the higher multidmensional timeless and infinite awareness and induce a finite temporal spacial separation from wholeness that allows for regeneration and intensification of seed generation.
Through energy deceleration from higher non polarized timeless universal experience to physical duality and stabilized crystalization into manifested form one way valves were instituted on the light or energy streams/ this process is the basis of astrological theory wherein the stars are communicators of energy and the planets measure manage and characterize and regulate between each other these energy fields for beings and residents within the solar systems.
From the cosmic energetic perspective the omni centric root chakra is the basis of dark matter the black hole or the seed of all that comes into existence; the void and the oneness of all that is. Experience then expands into the atomic, mineral, elemental structures which is the 2nd dimensional domain of things the building blocks for creativity, variety, contrast and abundance.
Upon the 3rd dimension as held with the energy of the solar system and the solar plexus it becomes the power control and focus for manifestation, it is herein that existence arrives at a spatial temporal mirror or reflection of what is communicated to be created from cosmic thought as exemplified by light and love.
The 4th dimensional matrix and the heart chakra work in the quantum field where all probabilities operated upon the astral energies of emotional desire choice and mental probabilities, advancing acceleration through the void raises the level of conscious awareness and the disappearance of space time(ED_what most know as linear 3D time, not circular higher dimensional time such as what the time wave zero software of terrence mckennas is based upon).
The 5th dimension operates under concepts of unified field theory in co-operation with string of membrane topological fields of creation which loop the warp and web as the ground of being, the throat chakra operates to assimilate and synthesis the elemental energies of diversity within the 2nd dimensional field of the navel chakra through the communication and formulation of feelings into expression.
With the acceptance of the 6th dimensional energies of the higher mind the focus of the single stream of light known as the third eye is connected and focused into the 3rd dimension. The 3rd and 6th chakra operate in harmony to empower creation with light energy. The 6th dimension holds the intrinsic mathematics of sacred geometric forms which are the fundamental
metamorphic paradigms containing the archytpes of all manifestation.

Upon full acceleration up and within the soul template of the individual light body held in the singularity within the pineal gland of the brain and the crown chakra of the mind regeneration of oneness of the octave accrues and the ascension or the expansion of consciousness is full filed. This is the re-structuring upon the cross of matter where spirit descends into form on behalf of the soul to experience enlighten and raise more matter into acceleration from polarized and crystalized potential energy.
When seeing the reversal of this energy from the soul into matter the deceleration of energy moves from the highest realms
of recognizable energy which is the pulsations of divine sound the music of the spheres the power of the word of the prime creator to initiate spirits into purposeful creative action.
This word is the first creative principle of the 7th dimensional sound which organizes the sacred geometric archytpes of the 6th dimension. The love and light energy of absolute eternal abundance and timelessness flows into existence through layers or dimensions to become form. From the 6th dimension where it is universal patterns or the infinite generic geometric design templates it becomes a unified field of living light energy in the 5th dimension, in the 5th dimension light is spinning through the photonic grid of superconductive waves where all is held in the celestial realm of the heavens, the rate of spin is non-polarized telepathic(ED_it all sees each parts meaning) and universal oneness of the resonant field.

Each dimension connects with the closest layers in creating reversal dissonance and ascending harmonics TO FACILITATE THE FLOW.
The filters and valves between dimensions are created by higher intelligence which are aligned with 8th dimensional agreements and 9th dimensional higher intelligence(s). From the 5th dimension the energies pass through star gates into creation, these portals are celestial light bodies, stars and planetary beings that assist in the radiating of light and acceptance through love, beings who manifest the expansion of reality into the lower dimensions. 4th dimensional energy is lowered into contextual fields of content and becomes emotionally and mentally tangental where karmic attributes are applied and a polarization occurs upon the astral template of the quantum field. Within the 4th dimensional realm duality is perceived as spin, quantum particles become recognizable as electrons, protons, neutrons and the sub atomic groupings of localized time space particles. In the 3rd dimension the spin matter locks into tiny space matrixes where events are manifested into zonal realities of individual perception and creation, consensual reality is the collective agreement of perception of mutual participants in an active field of awareness, the solar plexus chakra controls the mood and temperament of the content of each shell that contains a separated piece of cosmic conscious energy that appears in a spatial temporal location as a charged material particle, event or past experience. The 3rd dimension is always based upon time as a linear separated past event that is measured empirically from the point of view of a relative or subjective observer.
The past is negative charged space which creates a vortex which sucks consciousness into unconsciousness (ED_"sensed stored electrical waves are not conscious of themselves"~walter russel 1940 the secret of light) and the lower vibratory rates of crystalized internalized being.
The 3rd dimension rests on a platform of elements, the elements are established by the impersonal interaction of spirit and matter to create complete duality ("sexed opposites"~walter russel 'polarity' 'duality') where the attractive energy between them empower the sacred essence of kundalini, chi, ka, sex. prana and electro magnetism.
The 2nd dimensions and the navel chakra operate(ED_and offer) to provide the positive attraction and bring recreation and co-creation of the abundance of nature, the 2nd dimensional consciousness is held deep within experience as the gift of appreciation and the comfort of the possession of being.
The essence of being is held in the root from which the seed reaches out to find nourishment from the deepness of the terrestrial soil and communal substance, the spin and vibratory frequency of energy rest within the ground of being where the will and the power of eternal potential becomes the pulsation of oneness where duality ceases and the seed of the universe is mirrored in the reflection of light by the contrast of the dark. "

(ED, and addendums and addage and the segregative list)
1D: The omni centric root chakra is the basis of dark matter the black hole or the seed of all that comes into existence; the void and the oneness of all that is.
2D: Experience then expands into the atomic, mineral, elemental structures which is the 2nd dimensional domain of things the building blocks for creativity, variety, contrast and abundance.
3D: Aspectual contextual nature or content, aspects, tips of icebergs. Specific 3D Personality. "physical" (lol everythings energy).
4D: Tangent zone, polarization (think the polarization or spin of a point particle), charge; e-motion. 4thd imensional personal drama.
5D: living light membrane 'photonic grid of superconductive waves), think a translucent image in the mind sight eye. A 5D problem with a 4D drama and a 3rd
dimensional aspect, such as; the world changes upon the precipice 2012, many will die5D, oh no my brother died3D, ohno my brother died i am now energymotional e-motonal4D. 5D = unpolarized zone, for scientist think along the lines of scalier waves (scalar waves) beyond the point particle, remember the 2006 physics documentary where the physics guy said, "no the particle is actually in 3000 places at once, it is not 3000 different particles" to the cameraman asking oh so its 3000 particles your seeing.. see dewey b larsons write up on 'frame of reference' you always need a frame of reference, and to point particles he stated scalier waves were this a frame of reference. 5D Spirit.
-6D: Sacred generic (see? pre 4D tangent) geometrical archytpe zone. youknow all the geometries that bring form into being; tetra-Grammaton Of Division (GOD- gods geometry ! discovered by (but acronym/ed by me) nassim haramein); phi spiral ETC.
7D: Tunnel mathematics, "all of creation(pragmatic reference pre threshold, 5d+6d+7D make up the threshold) is moving light"~unknown quoter. cymatics 'sound creates matter', this is the cymatic zone which creates 6D shapes you see . 7d sound.
8D: ( i have perceived for a while now 8d is some kind of arrangement dimension) "regulator or valve"~rysa5
9D: There is a 9D model which says 9D is end of time. so maybe this is beginning area of time pulsations or time waves (hint hint or remember the time wave zero an energy structure drawn out of matter by terrence mckenna anyone??, might be correlate eh?). Energy streams. "the definition of an event is the lacing of time energy on the grid of space to create a point o flight'.
10D: not sure... reason ? is all thats come to me so far.. but i feel something on the brink of clicking.. update to come..hope
11D: the last desire? or desire (sort of 7D link and mimick)
12D: This may be planck length.. a sort of mimick of 5D and 6d mixed.. i think.. so far... these last dimensions i havnt fully grasped yet. but if i say mix then tetragrammaton would exist here, but its form comes into being in 6D.
(13D): still single light i presume; "still single light"~walter russel the secret of light reading you can view it on scribd.com. "planck length" ~max planck.

please feel free to help me figure this out and email if you have suggestions.. email benjamc3@live.com.au or through a www.consciousazine.com contact form which are located on each page in consciousazine such as my page site creator.